Douglas Senft was born in Vancouver in 1950 and graduated with honours from the Vancouver School of Art (now the Emily Carr University of Art + Design) in 1972.  He lived near Lynn Canyon in the late 1970s and later moved to Vancouver Island, where he worked in his studio until he passed away in 2012.

Cathedral was the first of five public artworks Senft created for the North Shore. Public Art Coordinator Lori Phillips described Senft as a ‘leader in his field’. The story of cathedral, as with many of Senft’s works, is inspired by nature. Its peaks and valleys mimic the outline of the North Shore mountains and evoke a spiritual quality. “(Senft) was very good at interpreting local stories. He was great at it. He could go to different locations, extract what was interesting from each area and then interpret that visually in his projects. (NSNews, 15 Sep 2013).

Senft had numerous public commissions in Canada, the United States 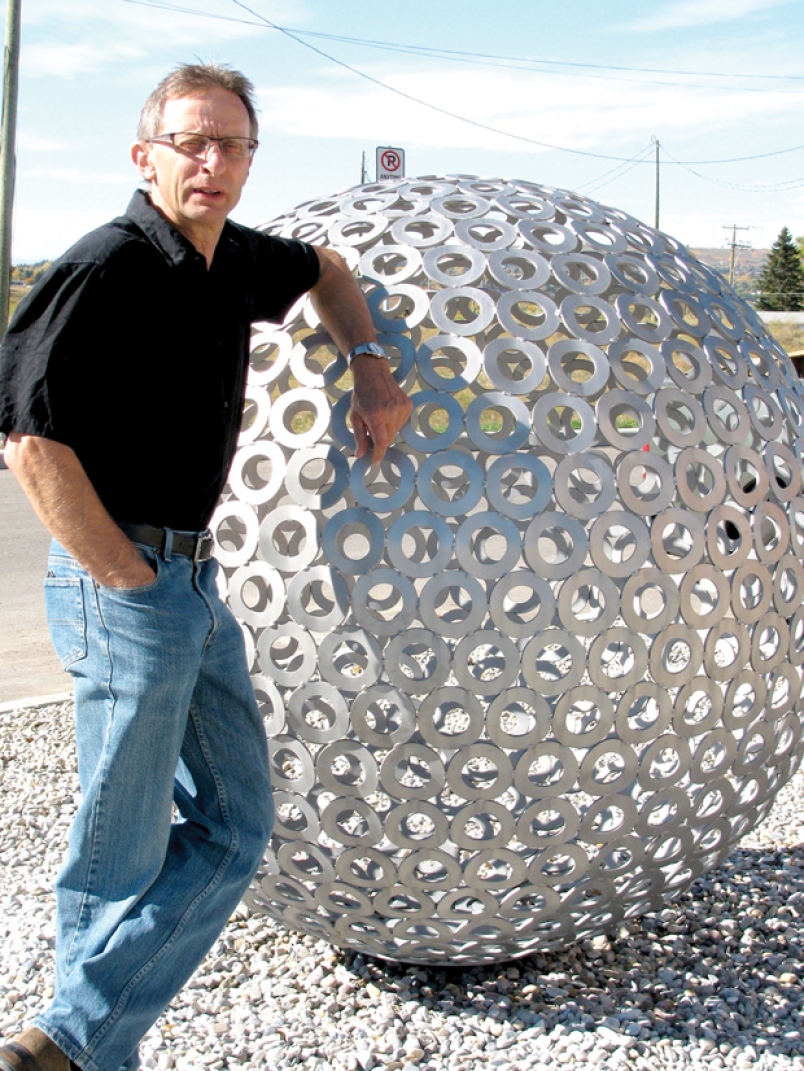 and Europe, as well as exhibiting his work in both public and private galleries. He was the recipient of several Canada Council grants, and his work is in private and public collections; The City of Vancouver Municipal Collection, The Art Bank of Canada and Washington State Arts Public Place Collection.

From 1990 – 2000 he ran a successful business designing and fabricating welded steel art furniture and architectural elements and accessories, working with a select number of high end contemporary showrooms in Vancouver, Victoria, Calgary and San Francisco.

From 2000,  the majority of his practice was devoted to the creation of public art projects, while teaching 2nd year sculpture at North Island College in Courtenay, B.C..

More about the life and work of Douglas Senft.

The other public art works Senft created for North Vancouver are:

, 2013 commissioned by Loblaws Properties West Ltd. & Anthem Properties Ltd.
Steel structures speaking to the idea of how a house informs our sense of home.

, 2011 commissioned by Citimark & Darwin Construction
Fabricated stainless steel referencing the osprey’s home and symbolically representing all nesting creatures within the Maplewood Flats, near where this sculpture is located, in the Dollarton light-industrial park.

, 1996 created with funds received by the District of North Vancouver after hosting BC Festival of the Arts
Cast aluminum in the form of a stream  tumbling over two floors of central atrium at District Hall, expressing the natural setting of North Vancouver.

‘, 1986 sponsored by City & District of North Vancouver, North Vancouver Community Arts Council
Steel beams reflecting the outline of the mountains that surround the North Shore, and the spiritual quality within the landscape.

About ART+PLACE About The Place  About The Sculpture