About the North Shore Art Crawl

The North Shore Art Crawl is a free community arts event that celebrates the creative energy of our local artists and enables cultural vitality. The objective is to feature artists in approachable and accessible art venues that encourage the community to connect and celebrate expression and diversity. We engage, inspire, and transform the North Shore through inclusive alliances among artists and the community.

The role of Black Canadians and their communities in Canada has largely been ignored as a key part of Canada’s history. Black History Month is a time to learn more about these Canadian stories and the many other important contributions that Black Canadians and their communities have made to the history and continued growth of this country. Through these film festivals from coast to coast, we can share stories that open our eyes to information about our past and perspectives for a vision of our future.

The Victoria Film Festival embodies the spirit of the cinematic arts on Vancouver Island, bringing unique artistic voices from Canada and around the world to local screens.
Check out VFF’s film list and schedule and filter by Venue for Virtual Screenings to participate from home! You can also explore their program guide to read more about film details,
To kick off your search, here are two Black American films within the VFF selection that explore Black history and contemporary issues:

One Pint at a Time
Directed and written by Aaron Hose, this documentary explores how despite beer’s Egyptian and African heritage, these traditions have been mostly forgotten and are rarely found in American brewing culture. Craft beer generates tens of billions of dollars annually for the US economy. Today, Black-owned breweries make up less than 1% of the nearly 9,000 breweries in operation. Eager to shift the historical perception of who makes and drinks beer, Black brewers, brand owners and influencers across the country are reshaping the craft beer industry and the future of America’s favourite adult beverage. 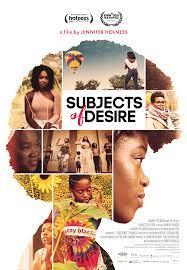 Subjects of Desire
Directed and written by Jennifer Holness. The documentary, Subjects of Desire, uses the 50th anniversary of the The Miss Black America Pageant as a backdrop to more fully explore the intersection of race and beauty in North America. Examining issues of cultural appropriation, systemic racism and dangerous media portrayals of Black women, this award-winning, thought-provoking documentary ultimately deconstructs what we understand about race and the power behind the beauty. 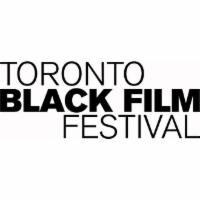 Toronto Black Film Festival: February 16 – 21, 2022
The Toronto Black Film Festival (TBFF) is about discovery, showcasing the most outstanding and most powerful Black films while creating a space to debate major cultural, social and socio-economic issues.
The 10th annual Toronto Black Film Festival will take place entirely ONLINE from February 16 to 21, 2022. You can purchase All Access Passes or explore TBFF’s film selection to purchase Individual film tickets.
Want to know more about stories from Black communities in other parts of Canada?
Check out TBFF’s search filter Being Black in Montreal, Halifax, and Toronto, to help you find films that are rooted in place. Here are a few short films to start your exploration:
The Coloured Women’s Club: Directed by Hamda Elmi. The Coloured Women’s Club is a story about Canada’s oldest Black women’s organization created for and by Black women. In this short historical documentary, we are taken back to 1902 when the club was first created in Montreal. With the help of former president Shirley Gyles, the film discusses the many ways this group has impacted the community throughout the years with their charitable work.
Framework: What does it mean to be fully seen? What is the value of sharing and holding space within one’s community? These are the questions director Deborah Castrilli looked to explore in her short film Framework, which centres the queer black lens in Nova Scotia. Glimpse into the lives of Robert Wright, Chloé Bramble, and Amber Zaza, as they shed light on the nuances of the queer black experience, and share in conversation around spirituality, building community, and the dreams they have for the future.
Knowledge Is Power: Directed by CJ Mayers, Knowledge Is Power conveys the clear lack of black education in Canada. We get to meet Taijah, Kathy and Idris who, in their own way, have all done incredible work in dismantling the current eurocentric system. We are also introduced to the characters of Jerome and Jessica, as they come to realize that the education system is mainly to blame for their lack of self-identity. Simultaneously, the issues explained from the trio, overlay the storyline of the couple before blending into a beautiful conclusion of how powerful knowledge truly can be.” 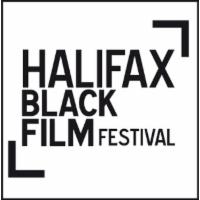 Continue to Celebrate Black Canadian Cinema with the NFB
Explore NFB’s free collection of titles from their curated lists Focus on Black Filmmakers, showcasing an extensive selection of stories told from Black perspectives, and Black Communities in Canada, with films by award-winning Black filmmakers, creators, and allies detailing a rich history to better understand the present.